Rust is a first-class language in Gitpod, and we believe that Gitpod is a great tool for Rust projects. Some of Gitpod’s core developers frequently work with Rust code (in Gitpod), and several key components of Gitpod are written in Rust:

Gitpod always comes with the latest available Rust toolchain pre-installed using rustup. (As of this writing, the Rust version is 1.65.0.

You can also use rustup yourself in Gitpod in order to switch to a different Rust version, or to install extra components. See the rustup book to learn more about rustup itself.

Note: If you try to use rustup in your repository’s .gitpod.Dockerfile, you might get the following error:

To fix this, simply wrap the rustup command in a login Bash shell, like so:

which will set the required Rust version and if you commit the file into source control it will set the default nightly version across all workspaces.

Here are a few Rust example projects that are already automated with Gitpod:

The most popular Rust VSCode extensions are already pre-installed in Gitpod. But here are a few “nice to have” extensions you may choose to install as well.

In order to install one of these extensions for your repository, simply head to Gitpod’s Extensions panel (find it in the IDE’s left vertical menu), then search for the desired extension by name, and install it for your project. This will add an entry to your .gitpod.yml file that ensures all future Gitpod workspaces for your repository will already have this extension pre-installed. 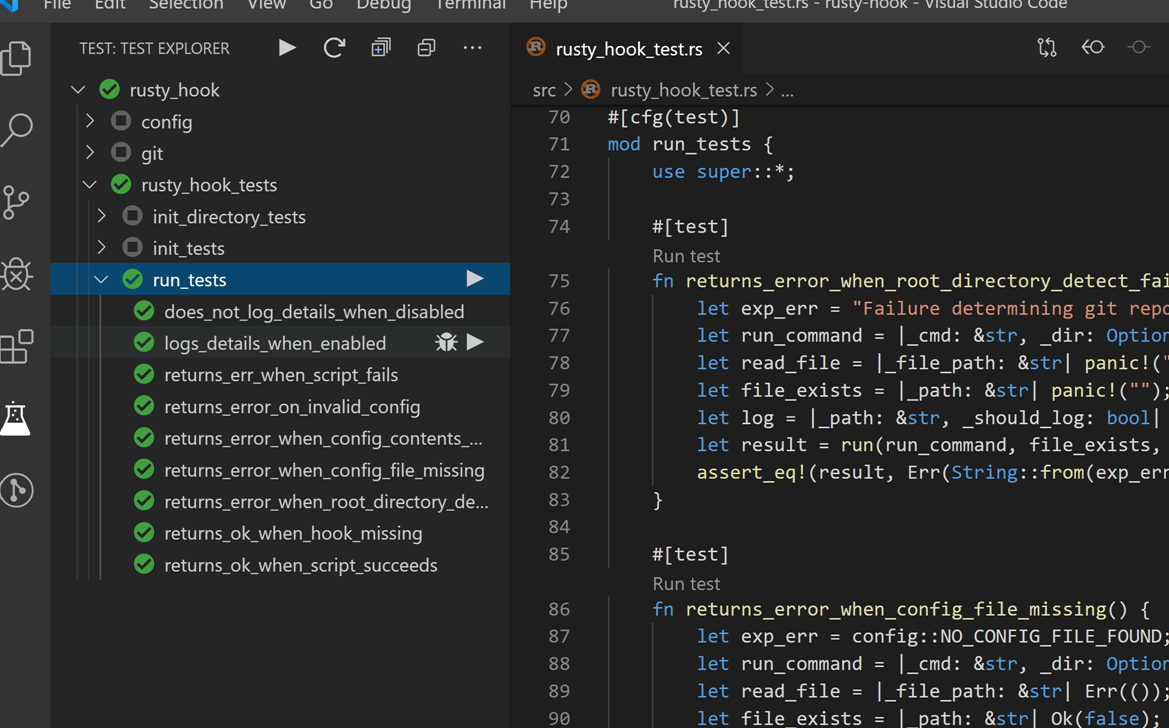 Note: This extension outputs emojis by default if the crate version is set at the latest. You can disable this by using crates.upToDateDecorator option in your preferences >

The VSCode extension Crates makes it easier to manage your Cargo dependency versions.

Do you have an idea of a library you want to use but don’t know the version well just type in the name of the library and Search Crates.io will get the version. 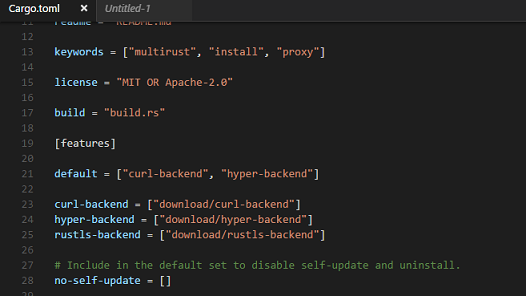 To cross-compile with MUSL in Gitpod, you can:

In this section we will show you how to configure your project for debugging in Gitpod.

First, before we get to that we need to get some prerequisites set-up.

First we’ll install the needed extension. If you haven’t already, head over to Gitpod’s Extensions panel (left vertical menu in the IDE) and search for an extension called Native Debug by webfreak. When you see it, click to install it for your project.

The next prerequisite is a Docker configuration.

If you already have a .gitpod.Dockerfile just add the following:

If not there are two steps. First, create a file called .gitpod.Dockerfile with the following content:

Next, add the following to your .gitpod.yml file:

Now that’s out of the way, here is a video on how to configure the debug configuration

So, basically in this video we:

You can also create the Rust debug configuration file manually

To start debugging your Rust application in Gitpod, please create a new directory called .theia/, and inside add a file called launch.json, add the following to it:

Next create another file in the same .theia/ directory called tasks.json with the following content:

Then, simply open the Rust file you want to debug, add some breakpoints, and open the Debug panel (in the left vertical toolbar, click the icon with the crossed-out-spider), and click the green “Run” button.


To see a basic repository with Rust debugging configured, please check out gitpod-io/Gitpod-Rust-Debug: