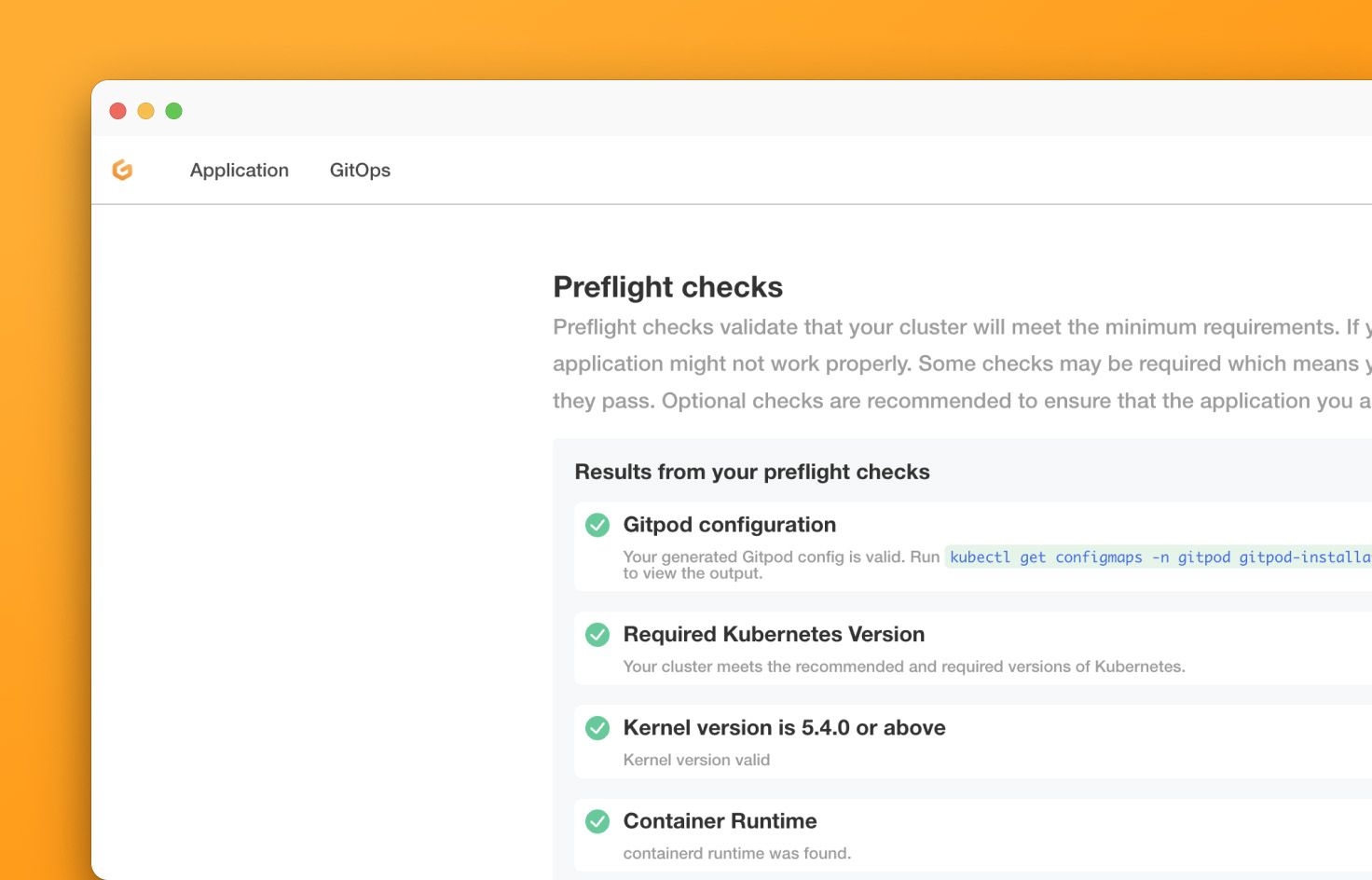 We’ve released a new version of Self-Hosted Gitpod. Update instructions can be found in our update guide. You can read more about how to install it in our documentation. More details on this release can be found on GitHub.

Note: If you are on a paid Self-Hosted plan, this release will be promoted to your release channel in one week.

For feedback, please raise an issue or chat with us.

#13821 This hotfix includes a change to fix the regression caused by protected_secrets (see security announcement log for more information) when working with self-signed certs.

Preflight checks on the Gitpod configuration

#12015 We know that some of you are using config patches to configure additional aspects of Gitpod, such as the resources that workspaces use. Up until now, there was no validation on these patches and thus it was difficult to debug if there was an issue with them. This has changed now - there is a preflight check that validates these (and the Gitpod configuration as a whole), and then informs you where to look to find any errors.

#13215 During updates, we recommend that you do not have any workspaces running to prevent data loss (see update guide). There is now a preflight check that checks for running workspaces before you deploy and fails if it finds any running ones. If an update is deployed anyways, running workspaces will be stopped for you. Note that users will see their workspaces stopped arbitrarily.

#12196 The KOTS installer script is used to generate a config file out of the values inserted into the KOTS UI. We’ve refactored large parts of it to turn it from a bash script into a part of the installer image. This improves reliability and predictability for you and maintainability for us. It also allows us to call this during preflight checks, enabling us to provide the preflight checks for config patches mentioned above.

A full list of changes can be found in the release notes on GitHub.