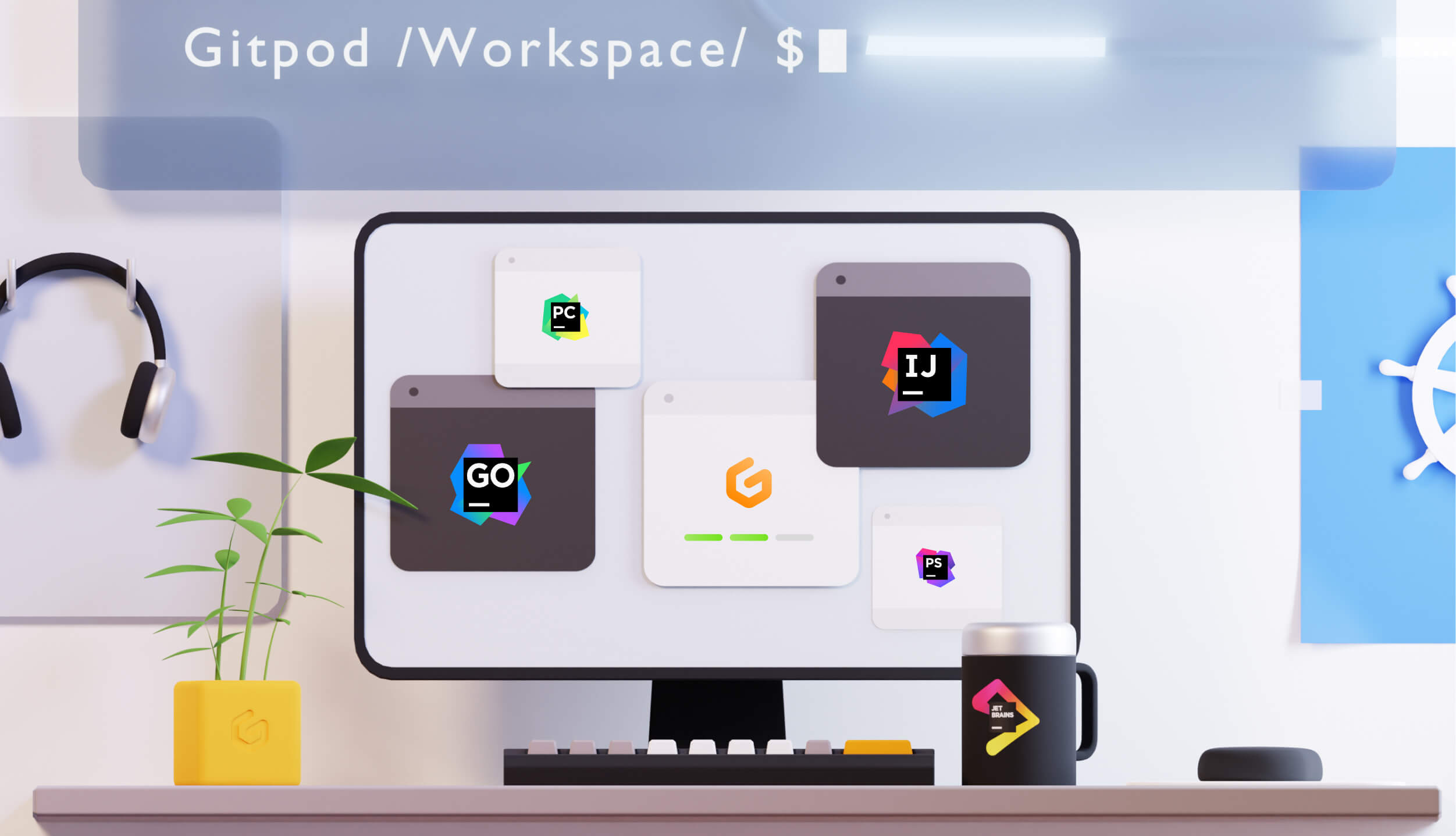 Since we started the company, we never wanted to be in the IDE or editor business. In fact, we are quite allergic to people thinking Gitpod is an online or web IDE. Gitpod is an open-source orchestration and provisioning platform for automated developer environments.

The goal has always been to integrate Gitpod with all editing experiences as soon as they support remote development - independent of the operating system (Windows, MacOS, Linux, Browser).

Today we are making a big step towards that goal.

Through our partnership with Gitpod, we are enabling our mutual users to accelerate productivity, save resources and time while strengthening security compliance. Remote development is meant to simplify daily work. This really helps to supercharge developers’ performance.

Companies like Google, Facebook, Shopify, GitHub, and LinkedIn all have moved software development to the cloud, leaving brittle local development behind. With the JetBrains and Gitpod partnership, every software team and individual developer can reap the same benefits while continuing to use the tools of their choice.

As a long time fan of JetBrains’ work, I am very excited about this partnership, as it combines the peace of mind and convenience of automated, cloud-based developer environments with the best professional Desktop IDEs out there. 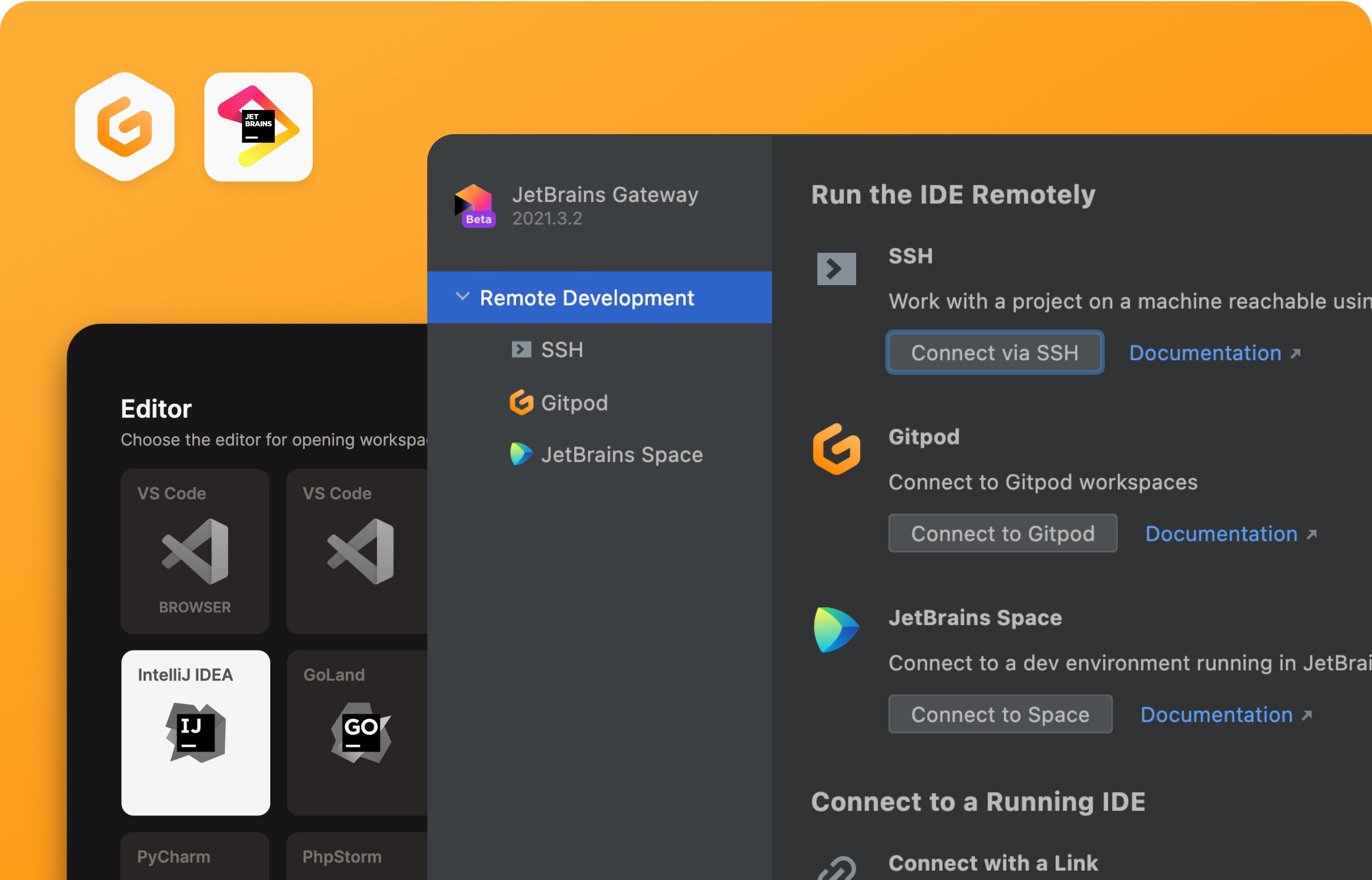 Keep your tools, just automate them

If you look at professional software development, JetBrains IDEs remain the gold standard when it comes to programming language intelligence and tooling smartness. This holds true across all major programming languages. Period. Their depth and attention to detail is something we have always admired at Gitpod. We are not alone in this. The number one feature request of our larger customers is to connect their locally running JetBrains IDEs to automated Gitpod workspaces running in the cloud.

We now seamlessly integrate and bundle with their standalone Gateway application. This means we run an instance of your favourite JetBrains IDE on your Gitpod developer environment. All indexing, compiling and language processing happens in the cloud, while a thin client runs locally and provides the rich user experience you are already familiar with from your desktop IDE. To enable this experience we have internally built a SSH gateway (which also makes our vim and emacs users happy), re-designing our loading screen and expanding our /preferences to enable both Desktop and Browser based workflows. The result is available in today’s beta release.

With our native Gitpod integration in JetBrains Gateway application, professional software developers can connect ephemeral developer environments provisioned by Gitpod to their favorite desktop IDE from JetBrains without any friction. Think power of the cloud including all developer experience, security, and collaboration benefits paired with the world’s best professional IDEs. 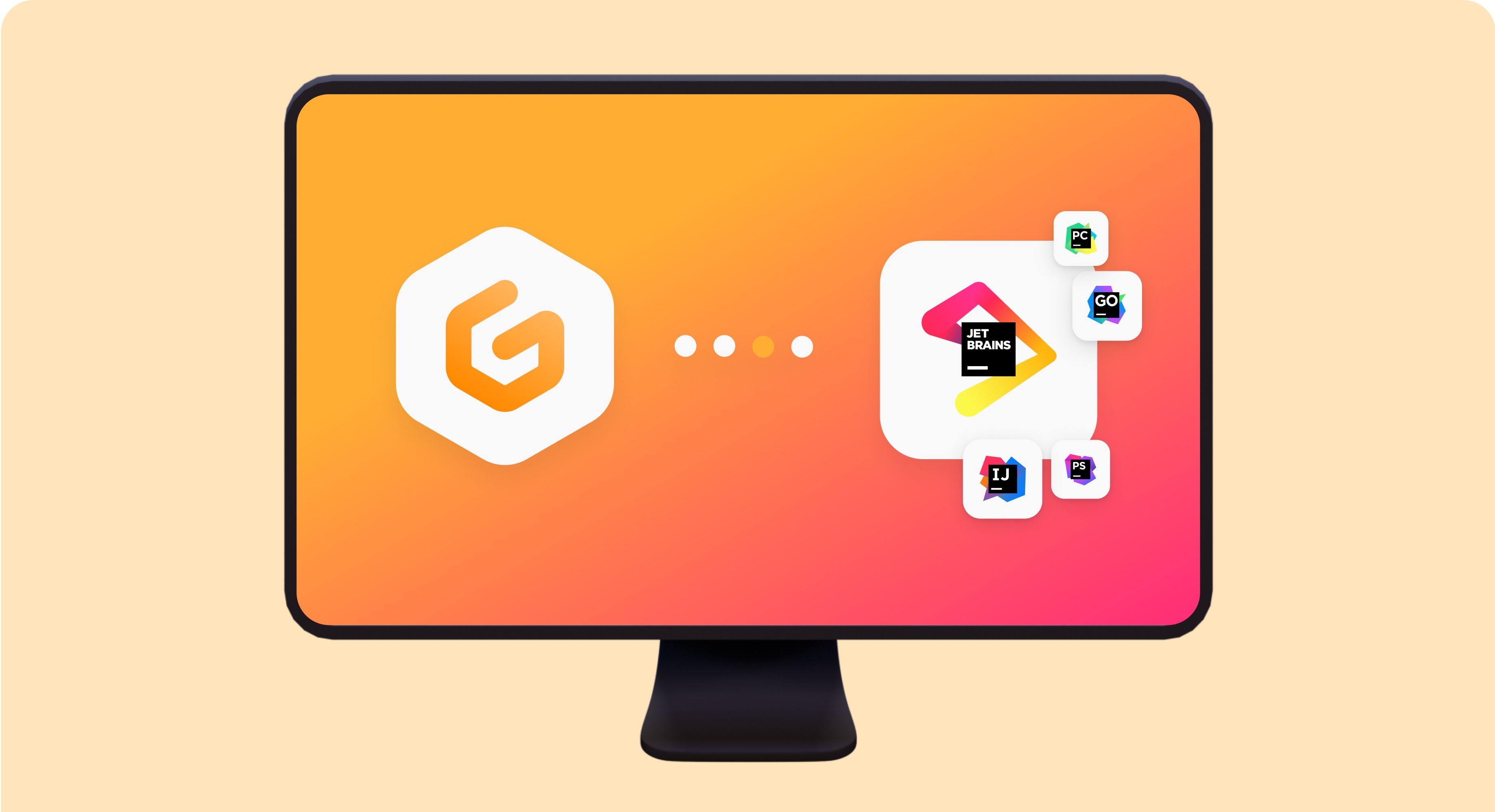 Entering the era of remote development

In August last year, we shipped a cake to GitHub for their Codespaces launch 🎂. With today’s announcement and product partnership, our industry reached a tipping point in the adoption curve of remote development. The large majority of the IDE/editing market now has built-in functionality to connect to developer environments running in the cloud. Keep the editing experience you are used to from your desktop IDE/editor/terminal including all your shortcuts, keybindings and themes that your muscle memory got used to.

Take a step back and look at the benefits which led companies such as Google, Facebook, LinkedIn and Shopify to move software development to the cloud and form the basis of our purpose:

Getting started in 5 minutes

If you are interested in setting up a new Spring Boot project using Gitpod and JetBrains Gateway we wrote a detailed guide together with JetBrains. If you want to start your own project with Gitpod in your JetBrains IDE read on or refer to our documentation.

To guide you and your team through the different adoption phases towards remote software development, other engineering organisations found the following resources helpful:

And if you haven’t done so join our active Discord community - we are here to help! www.gitpod.io/chat

In case you are interested in learning more about remote development, next week we are hosting devxconf.org, a virtual & free conference focused around making developers happier/more productive. The first panel will discuss all things remote development and will include folks from JetBrains and Gitpod.

We are delighted to announce that Gitpod is officially SOC 2 Type II compliant effective today! 🚀

Gitpod raises $22,600 at DevX Conf to give to Open-source maintainers

The talks from DevX Conf are now available for viewing and USD $22,600 is being distributed to Open-source projects that conference attendees voted for.

We're launching our open source program to help you build great things without friction, for free.