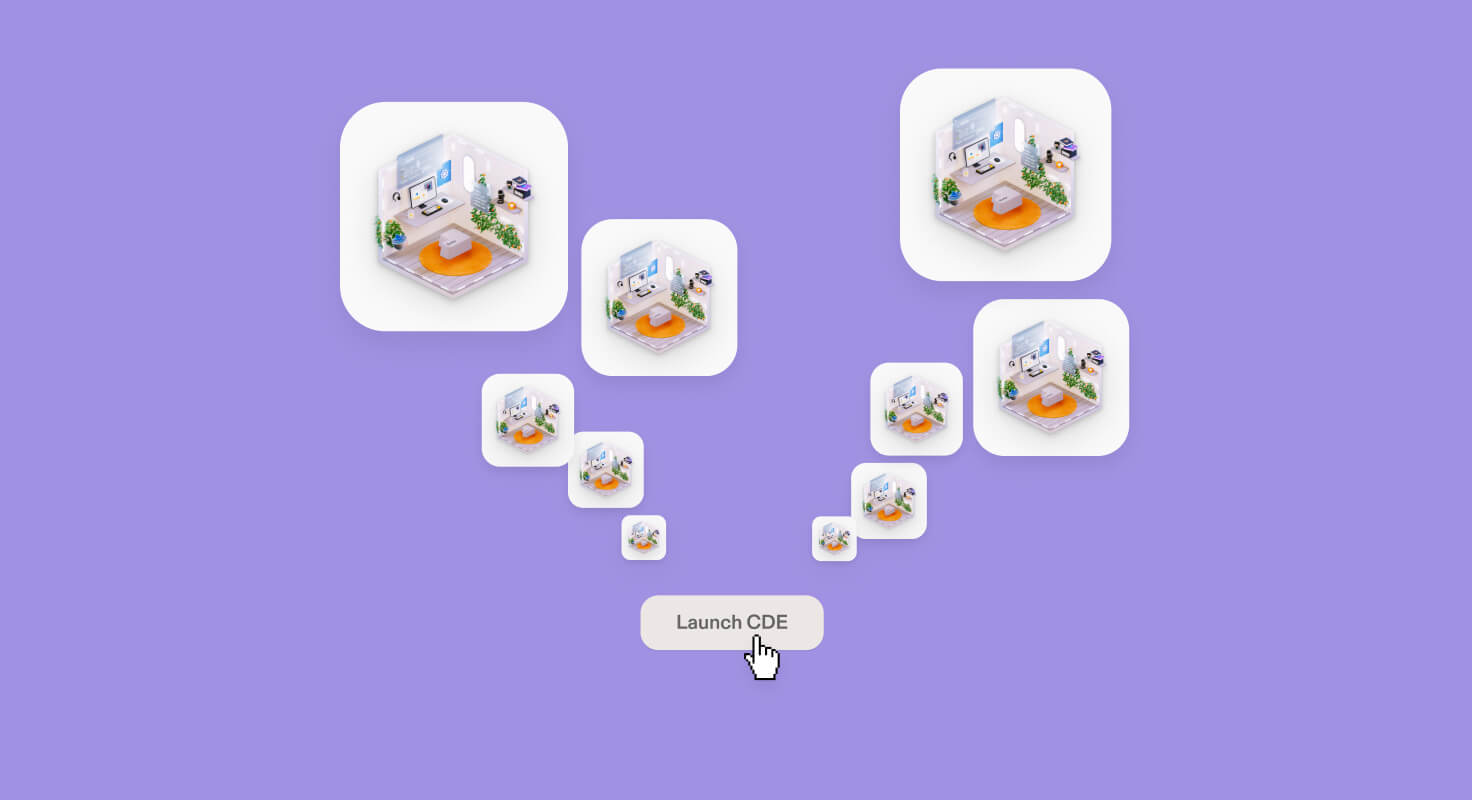 Developers brought creative workflows of almost all knowledge workers to the cloud. At the same time, the workflow of writing software itself never left local computers. The hours of yak-shaving and friction this causes every week wastes calories and drags us away from flow. Gitpod exists to change that: from history-dependent cobbled local development environments to consistently reproducible, instant, ephemeral Cloud Development Environments (CDEs).

It feels good to give what we have been working on over the last years a name and shape the principles of it. CDEs lower the barrier and increase the ceiling - they enable more people to do more. For us, they are our internal product north star. We believe that the principles define the convenience threshold that, when surpassed, will make working with CDEs the standard for developers. Not because your engineering organisation dictates that, but because the developer experience is faster, more joyful, collaborative and secure.

Developing software in the cloud is not about simply replicating an existing local workflow to somebody else’s machine that happens to run remotely in a datacenter. Remote development is not the solution. The ‘works on my machine’ problem continues to exist - it just moves from a local computer to a computer in the cloud. Long-lived development environments are stateful and brittle, wasting countless hours due to drifting configuration within software teams. We believe that the true opportunity is to remove friction and relentlessly improve the developer experience with the automation, collaboration and security benefits that the cloud provides.

You can read more under www.gitpod.io/cde.

“I am a power user of the platform myself, and am convinced Gitpod is on its way to change how the world writes software. The direction of travel is set and a massive company will be built around Cloud Development Environments (CDEs).

I am excited to join their board and help build a company that will have a similar impact on the lives of developers as GitHub did.”

Co-founder of GitHub
“The first advantage of CDEs for developers is the time they save. I’ve seen different numbers for the current cost of keeping a development environment working, but it’s certainly tens of percent of working time.

More important, will be all the programs that folks will try writing because they are no longer afraid of wasting another 4 hours before giving up. One of those programs that wouldn’t have been started will turn out to be exceedingly valuable.“

signatory of Agile Manifesto and re-creator of Test-Driven Development
“Gitpod is the most exciting developer tool I have encountered since, I don’t know, telnet maybe? Unix? It’s been a while.”

$25m Series A to cross the convenience threshold for CDEs

We are proud that Tom Preston-Werner leads our $25m Series A with his largest investment to date in a private company. All existing investors including General Catalyst, Crane Venture Partners, Vertex Ventures US and Speedinvest are participating. New investors include amongst others pebblebed; GTMfund; MongoDB Ventures; Tobi Lütke (CEO Shopify) and Olivier Pomel (CEO Datadog) and Kent Beck, (signatory of the Agile Manifesto). We also extend our leadership with Mike Brevoort as Head of Product, Matthew Du Pont, Head of Sales and Sara Parker, Head of Customer Success & Support. Sven decided to follow his passion and became Gitpod’s first Technical Fellow a couple of weeks ago - since that decision, he has the biggest smile on his face since we met.

So.. what will we do with the additional capital? We want CDEs to become the standard for modern software development. Everybody is rallied around crossing the convenience threshold and we will work on the following areas:

We want to build a lasting company on top of a paradigm shift that will change how the world writes software - for the better.

Gitpod, integrated into the Qovery console, will work on the developer experience, helping to have a complete cloud development environment for the developers anywhere in no time. In this blog we will learn how can we develop and run applications using Qovery and Gitpod.

We are delighted to announce that Gitpod is officially SOC 2 Type II compliant effective today! 🚀