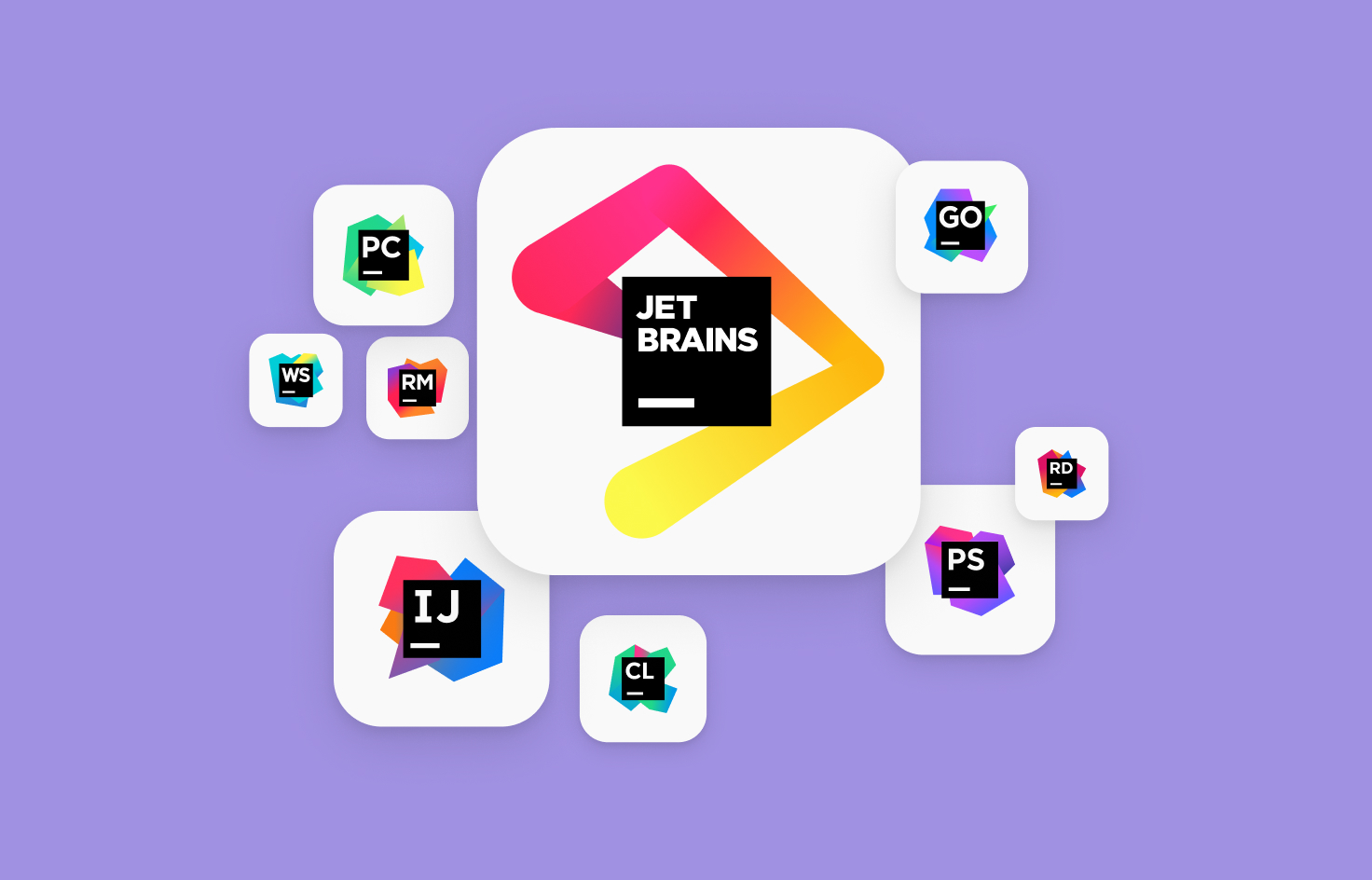 Welcome to the November 2022 edition of the Gitpod Changelog!

In the past, it was possible to trigger prebuilds by prefixing the repository URL with gitpod.io/#prebuild/. This mechanism has been turned off, because projects provide much better visibility into your prebuilds.

Use the following steps to enable prebuilds on your repository:

Since prebuilds are included in all our metered pay-as-you-go plans, configuring prebuild settings in your project should help with managing prebuild usage.

CLion and Rider are now out in beta! 🎉

Today—as part of our official partnership with JetBrains—we “complete the set” of JetBrains IDEs that integrate with Gitpod via JetBrains Gateway. Gitpod now has first-class IDE integration support for both Rider and CLion! 🤘

Getting started with CLion or Rider:

A common question we get from Gitpod users is ”how can I configure JetBrains IDE settings so that they’re saved across workspaces”. Without some way to sync IDE settings, you are missing out on fully embracing the power of Gitpod, ephemeral workspaces and cloud development environments.

For an example, see IntelliJ IDEA for how to configure IDE settings.

Gitpod uses the Open VSX registry both for VS Code Extensions when using the VS Code in the browser integration, and when combined with Gitpod VS Code Settings Sync. In the unfortunate case that the main Open VSX registry was unavailable or unresponsive, regrettably Gitpod users could be exposed to downtime and see extensions failing to load in Gitpod workspaces. Whilst Gitpod has caching in place for Open VSX extensions, some extensions could still fail to fetch, causing disruption. To mitigate the issue, Gitpod is now running a full mirror of Open VSX, fully operated by Gitpod, allowing us to drastically improve the availability of Open VSX delivered extensions. 🎉

Nothing should prevent you from being “Ready To Code” with Gitpod.

Manage workspace ports without needing to leave your JetBrains UI

You can now view ports both in your JetBrains terminal, and in the JetBrains backend control center. 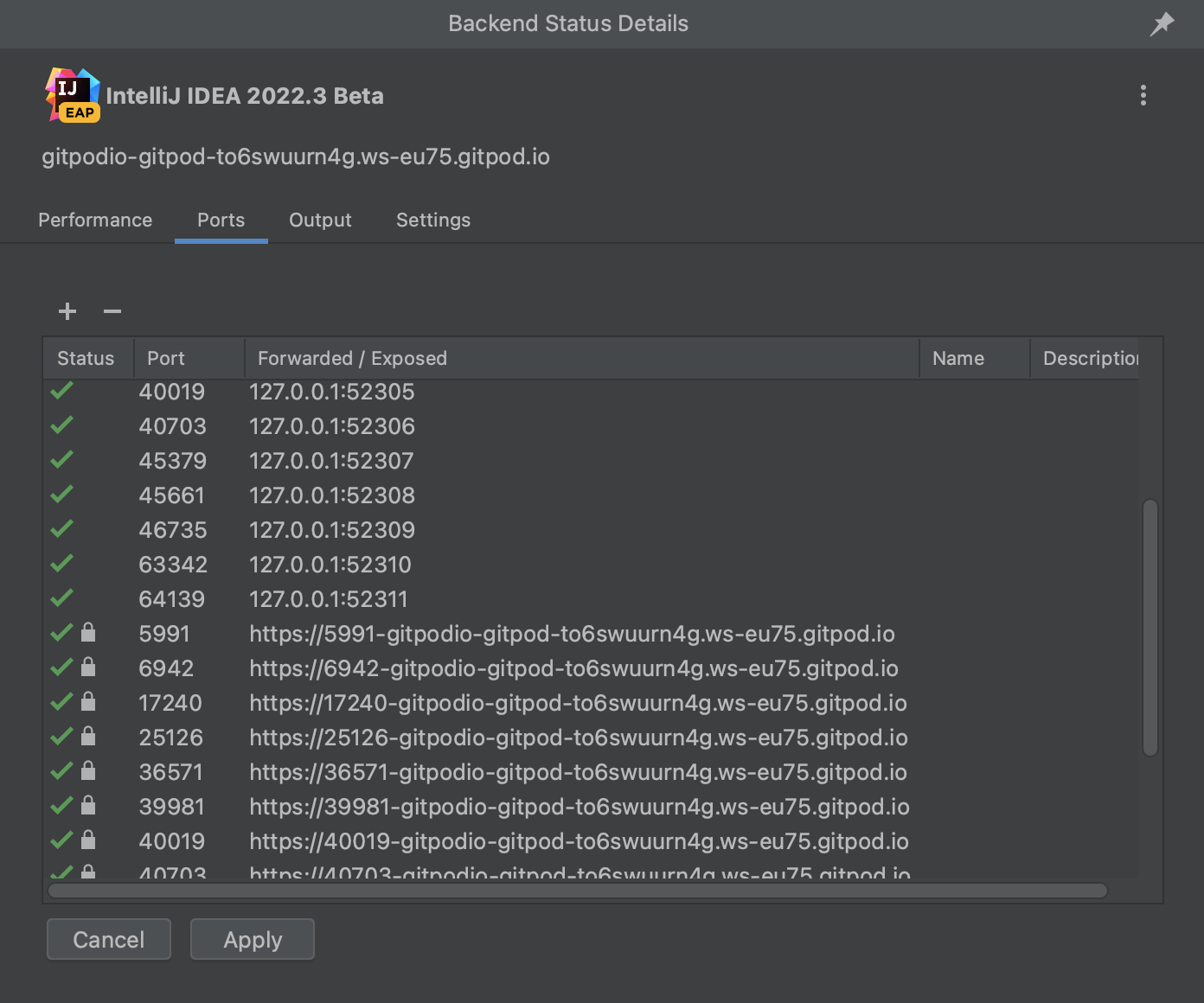 Running your IDE on your desktop means that all your ports are automatically forwarded, so you can use your localhost URL as usual. You can also manage ports from any IDE or Gitpod interface using the Gitpod CLI. For example, try running gp ports list in any workspace to see a list of your workspaces running ports.

If you don’t use custom shells such as zsh or fish, you just need to know that we made some changes to speed up the IDE startup time! 🎉

If you use a custom shell, and you rely on bash profile to configure your workspace, continue reading..

In an effort to speed-up the IDE startup time, we made some changes to how we launch IDEs inside workspaces. Previously, we would automatically source interactive login bash shell’s profile, but it was a side-effect of our method of launching the IDE. We now changed this behaviur and Gitpod uses the shell configured by the user via the SHELL env var. If you use a custom shell but you’re relying on configurations specified in bash profile, you might need to update your configuration, check out Configure a custom shell for examples.

If you have feedback about using custom shells within Gitpod, we’d love t hear it, leave your thoughts in #10105.